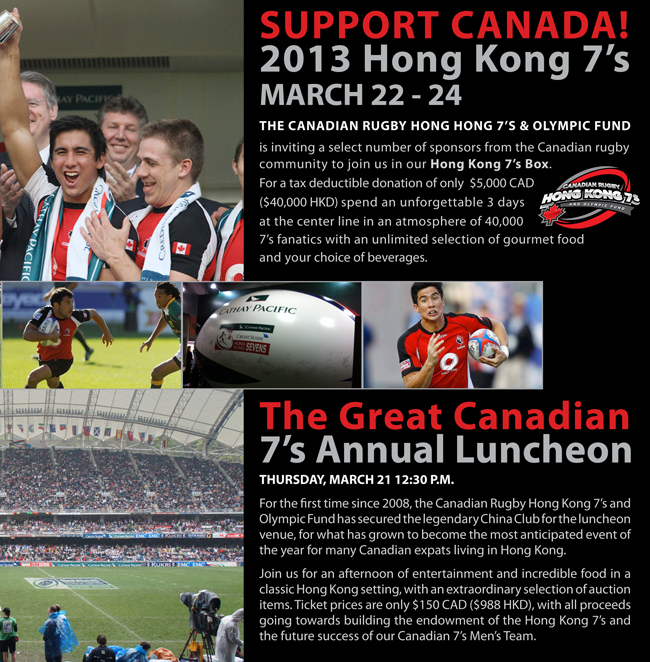 There are familiar faces on the 7’s squad for the upcoming season, including Nathan Hirayama, Ciaran Hearn, John Moonlight, Nanyak Dala and Sean Duke. Young stars Conor Trainor, Taylor Paris and Jeff Hassler, are also included after their performances over the last few years. New players in this season’s squad for Hong Kong include Lucas Hammond who played last season (Dubai, Port Elizabeth and Wellington) plus Justin Douglas from Abbotsford. Both of these players are currently 18 and represented Canada at the Youth Commonwealth Games under the guidance of former National Coach, Shane Thomson.

Returning to the squad after missing last seasons Hong Kong competition are 2 players who have been successful in Hong Kong before – both are bowl winners.

Former captain and the most experienced player in the squad Phil Mack returns to the 2012 / 2013 squad after having ACL surgery last February plus Thyssen de Goede who broke his ankle in the summer of 2011.

Both of these players were selected for the first IRB event of the 2012 / 2013 circuit at the Gold Coast, Brisbane, Australia.

The majority of the squad will train throughout the season in Victoria B.C., thanks to the support of Sport Canada and the Athlete Agreement Program. Prior to Hong Kong, the team will have entered 5 IRB tournaments plus will have conducted camps in Canada when other players will aim to get into the squad.

The team plans to arrive into Hong Kong on Saturday March 16th and will be coached by Geraint John, supported by Kieran Crowley, Brian Hunter and Isabel Grondin. 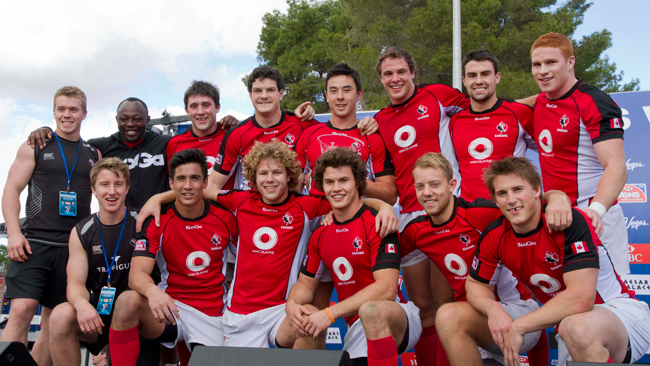 The Hong Kong Rugby Football Union (HKRFU) confirmed that next year’s Cathay Pacific HSBC Hong Kong Sevens will be held on Friday 22 to Sunday 24 March 2013 as the seventh leg of the IRB’s expanded ten tournament HSBC Sevens World Series. The Hong Kong Stadium will again be the venue of the anticipated 7th game, packing in 40,000 rugby fans for three days of excitement.