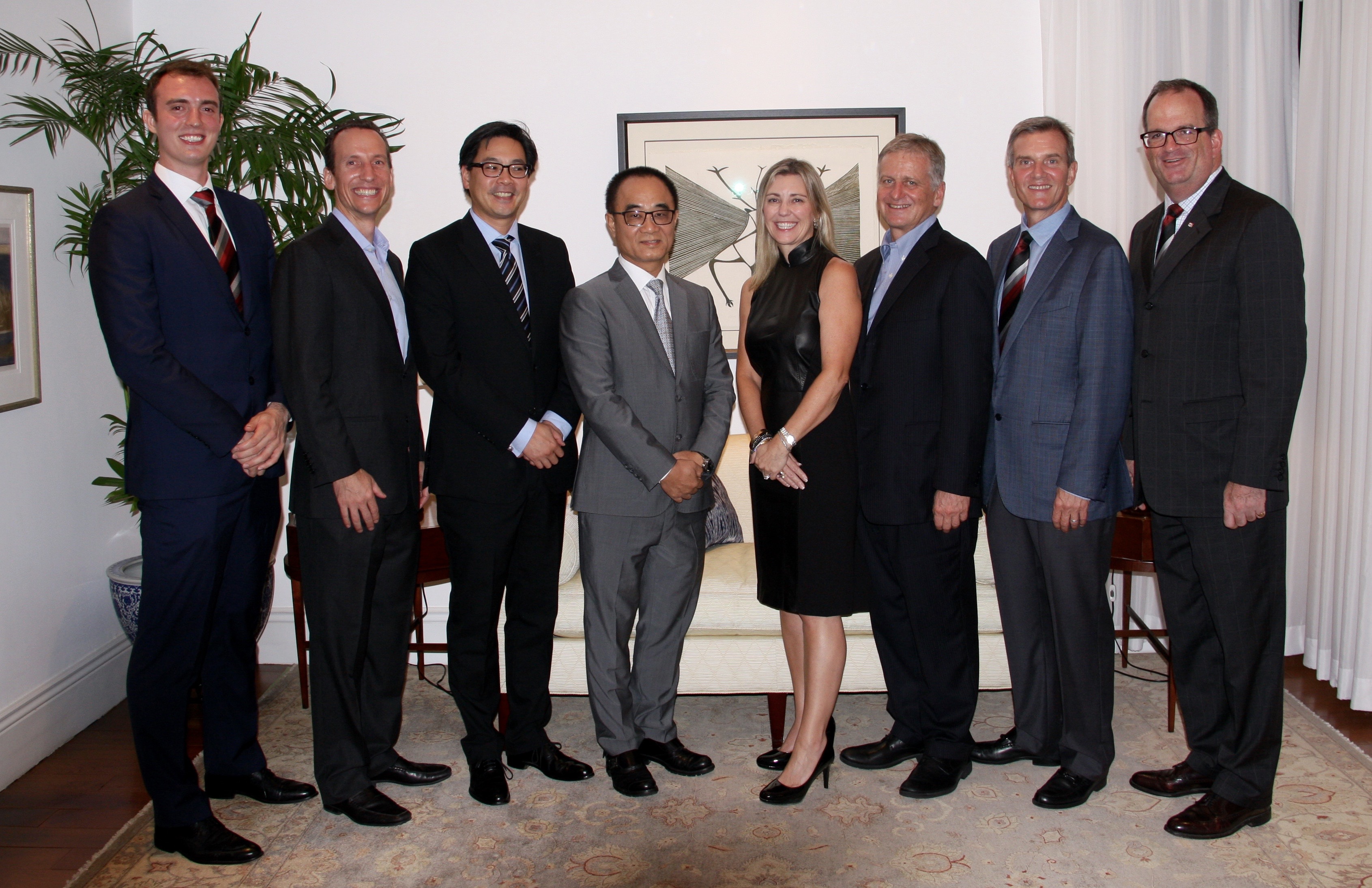 Every year the Hong Kong 7s welcome’s teams from around the world to one of the largest rugby 7s parties hosted by any participating country in the 7s World Series. Some people have called it a rugby Mardi Gras! The stands are full of people in costume and the fans are passionate about supporting their teams. With over 300,000 Canadians living in Hong Kong you can imagine there is a lot of support for Canada in the Hong Kong Stadium each year.

The Canadian national team came each year hoping to win for their fans, but as an amateur team, found themselves constantly defeated by the professional squads competing from countries like Australia, England, New Zealand and South Africa. Hong Kong’s Canadian expats were discouraged. In 2005, while drowning their sorrows after another disappointing tournament, two such expats John Woodward and Randy Heward, decided to create the Canadian 7s Fund and throw a rugby long lunch to raise money to bolster the Canadian team. The idea and support from Canadians took off and they raised a substantial amount of money.

The following year, this additional funding allowed Canada to arrive earlier into Hong Kong, bringing with them additional staff and players. The results spoke for themselves. Canada qualified as a core team globally (top 12) and won hardware for their supporters. Finally!

From $50k CAD ($375k HKD) gross raised in 2006 to the current achievement of  over $375k CAD net (over 2 million HKD), held in an endowment fund and $30,000 CAD donated annually to Rugby Canada the growing support has helped Canada become a top tier competitor internationally and at the Hong Kong 7s. The 2018 IRB Rugby 7s saw Canada climb into 9th place globally.

The Hon Jeff Nankivell, Consul General of Canada to Hong Kong and Macao